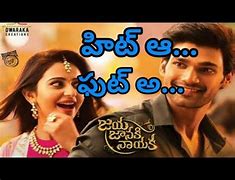 Jaya Janaki Nayaka REVIEW: For one man, it is a question of pride, for another it is a question of love. To what extent will they go to stand up for what they believe in? Who will ultimately triumph in this clash of personalities? Gagan (Bellamkonda Srinivas) and Janaki alias Sweety (Rakul Preet) are students of the same college.