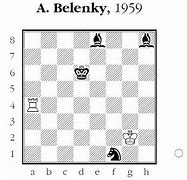 Many women spend hours taking camera-phone headshots of themselves before lucking upon the one they feel is flattering enough for Facebook. "Evidence" features the kind of women who never take a bad selfie. They are gorgeous at any angle, in any lighting.

EVIDENCE is a found footage slasher film with a few twists that make it look nothing like its genre. It starts off with an elaborate post-disaster set-piece in which it appears a bomb has gone off or …