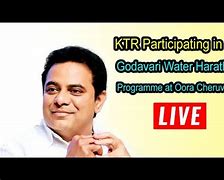 Who is Shruti and how the couple express love to each other is what it’s all about. Review: Choosi Choodangaane doesn’t pretend to tell a novel tale right from the get-go. You know what’s going to come next and nothing really surprises or disappoints you on-screen. And that is not necessarily a bad thing.

Chusi Chudangane is a very routine romance drama that only has one decent episode in its entire setup. The confusions between the characters creeped into the script and made it clumsier as it moves forward. It is near painful to watch the film during its last twenty/thirty minutes.

The breezy narration is an asset for ‘Choosi Choodangaane’. The dialogues are well-written. There is no forced comedy and the humour is situational. The characterizations are pretty good. Had the emotions and the conflict been dealt well, the film would have been better. On the whole, ‘Choosi Choodangaane’ is a decent feel-good entertainer.